On the 09th and 10th of June 2016 the ZEROCO2 project partnership was invited by the lead partner, the Local Energy Agency Spodnje Podravje (LEASP), to join the project kick-off meeting in Ptuj, Slovenia. The meeting started with a welcome by Janez Petek (Director at LEASP) followed by a short introduction of each partner. Afterwards, Ioannis Vourdoubas (MAICH) presented an overview of the background of the project idea and Tea Potocnik (LEASP) provided an overview and a brief introduction of the ZEROCO2 project. After lunch, Tea highlighted the work plan, an overview for the 1. Semester and the Assignments (1st Semester). Further, towards the end of the first day, Roman Kekec (LEASP) presented an outline of the implementation of NZCO2EB and RES in Slovenia. The first day of the kick-off meeting finished with a visit to the famous historic wine cellar of Ptuj.

The second day started with an overview of the project management and an introduction of management structures (Steering Group) by Tea, followed by an outline of ZEROCO2 reporting by Irena Ostrosko (LEASP). Afterwards, the Communication Manager Benjamin Daumiller and his Director of the European Institute for Innovation, Chris Ashe presented all necessary ZEROCO2 communication and dissemination tools, templates and social medias. After the coffee break, Nick Lyth, Director at Green Angel Syndicate Ltd. (GAS) hold a short presentation of his organisation and about its possible contribution to the ZEROCO2 project. The kick-off meeting finished with a discussion of the next steps and the preparation of the next ZEROCO2 project meeting in September 2016 which will be hosted by the European Institute for Innovation in Berlin, Germany. 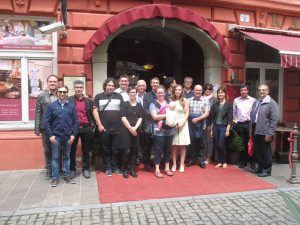 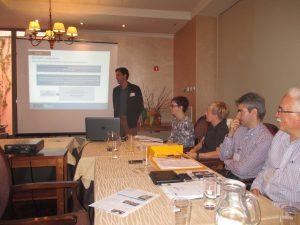 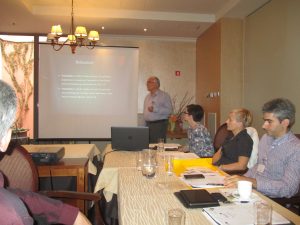